Prince has a private existence with relationships and emotions, but I'm pretty sure he never really took the time for reflecting or digesting his own life events to the fullest. Where a normal person would have mourn Gregory's loss for at least a year, the guy was on TV shows with a big smile on and all he had to speak about is how he managed to get out of WB's big evil claws. Prince thinks having a titanium work ethic is enough to get you through life, but we all know there's more to it. I think he just scratched the surface of things during most of his life.

You can't spend your days recording, rehearsing, giving shows the way he did, and still have time to dig deep into your emotions, least other's emotions. You think you do, but hey, here's a new gig, oh and I have my latest wardrobe extravaganza minions latest aberration to approve, and what if I put "bagel" in one of my songs? Aren't you writing exclusively for yourself, deluding yourself into thinking that your point of view relates to the world? OK, let's say you do. That, despite this frantic pace of life, you manage to find some time to think things over.

You're still fucked: a post-Purple Rain existence brings in too much noise and pressure, and perverses human contacts who can really keep his coolness in Prince's presence? What if you're in the close circle, or your paycheck depends on him?

Let's say you have an epiphany, and decide you're gonna quit your low narcissus ways: here comes your usual Larry Graham, feeding himself on the grief of your dead child or whatever that puts you temporarily in a fragile state. And since you don't know squat about the world, except maybe for record companies contracts and guitar pedals settings, you think this is it: real life is about ringing strangers door bells to sell them an idea of God.

Which is only leaving a delusion for another. On the outside, it looked like The Revolution was still a crew. In reality, his head had indeed inflated, big as a balloon. Even if Prince had such a "No man" in his entourage, I 'm pretty sure the voice of Camille would pop out in his head and squeak: "Yeah, right". And behind that, guys who got more than decent incomes whilst breaking every good manner and showing the finger to basically every institution. These guys have anecdotes to tell, because they believe that life is ultimately about having fun with your friends.

Oh, maybe his rendition of "Sister" during the Lovesexy Tour. Afer that, Prince became too concerned and aware of his world-star status, and that is precisely what brought him down: because he's not a faker let's give him at least that , his egocentrism became so blatantly obvious that the public turned his back.

An incalculable loss for music lovers, all over the world. A fat big waste of Prince's talent. I know it, and I think Bart, Pentacle and other Purple Kool-Aid allergics know it, and that's a major cause of legitimate frustrations and rants, which famz don't get.

We're pissed off because his talent deserved more: more attention from the public, because culture and discernment are essential to a "Good Life", and less time spent writing songs "no one digs" but himself. Who has the courage to look at "The Beautiful Experience" video today? The performances are still great, as they usually are, given the extraordinay musician Prince is, but all the nonsense?

It's fucking embarassing, to say the least. I cringed, witnessing my maverick hero, the ultimate outsider, slowly becoming a narcissistic freak. Every segue in this video makes you puke: Oh, I'm Symbol, I'm so mysterious, you can't help having wet dreams when you think about me. From the cryptic phrases that don't mean shit, to the "Hey-Ma-look-I'm-in-every-shot" megalomania, it all pretty sums up the clear separation die-hards fans, not famz, had to make from now on between the musician and this egotistic, sad little man, prisoner of his own Xanadu.

I loved it when it was something sexy sung to a woman. After he told repeatedly, to thousands of people, that "Cream" was written by looking at himself in the mirror, I can't listen to the damn song anymore. Way to go, Skipper. Plus, he's been a control freak since ever, and all of sudden he'll letitgo and we'll have honest views about himself and all the fatal errors his ego did to his legacy? It ain't going to happen. He said in the MTV interview that he wrote honestly about his life in his songs.

Therefore, let's consider his songs the best autobiography we can get.


I don't need him to break the magic I feel when I listen to "Another Lonely Christmas" by reading that this song is in fact about a female version of himself, or that it's pure fiction. I don't need to know if he really married Susannah or not, I'd rather stick to "the steps of Versailles" and believe that he did. And whether he grieved over Gregory's loss, no doubt. But I can't help to think about the Emancipation era and how the whole thing seemed not to matter to him.

Do you think we're going to get a chapter about it?


But then he does it at every concert. It's like Vanity's loss is less important than a good musical idea. I ended up thinking, after reading and reading Prince's interviews nonsenses, empty innuendos, self-indulgencies year after year, that the ouput of the man matters much more than the man himself. Sorry famz, but we are entitled to comment the book beforehand. And for an artist who claimed repeatedly that his songs speak more about his life than any given interview, we're allowed to consider with suspicion a fourthcoming pages interview if we ever get so many pages.

Famz, face the truth: We know our subject better than you. We do not allow Prince make fool of ourselves anymore, we know better by now. 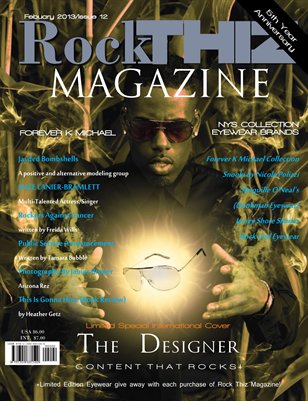 Don't expect us to jump with joy after having being so low-considered by an artist we always defended no matter what lunacy he'd come up with. We are entitled to fear that the whole thing is going to look at best like the withdrawned Ebony interview, or the back cover of the Purple Rain LP: cryptic nonsenses revolving around his belly button. Are you seriously arguing that the likes of people he surrounds himself with these days would put up similar opposition?

D' angelo was absent from the scene how many years 15? How many copies did "Black Messiah" sell? Did it even reach Gold status? Did it hit the top of the Billboard Hot even? Hence the endless parade of "I'm so fonkay it hurts" boasts. Or songs about how much he earns doing concerts.

I don't care much about the general public not getting it, but about Prince squandering his talent on useless dreck and religious BS. I cringed, slowly witnessing my maverick hero, the ultimate outsider, become a narcissistic freak. It was in plenty "Best Of" lists at the end of the year. When has that last happened to a Prince record?

I'm not interested in a memoir book by P. As much as I like his music I can't say the same of the man. It also isn't a good sign. When an artist have to announce a memoir book to get some media attention, it's probably because I can't do the same with his current music. If with the book there will be a CD of unrealised music, then the things can change.

Just my opinion. Given P's trackrecord and ability to stall a PR remaster deal, which could be a multi-CD box with goodies, there is small chance he will give us these goodies with a book. No, it is not.

Silence is simply silence, even when it is a 4-second MD hommage. In acknowledging this I am able to take a balanced view. On your second point.. I am hoping that the book will shed some light on it. Why oh why do you place so much emphasis on approval from critics Bet you dont! It doesn't matter! He has topped those list many times over already.